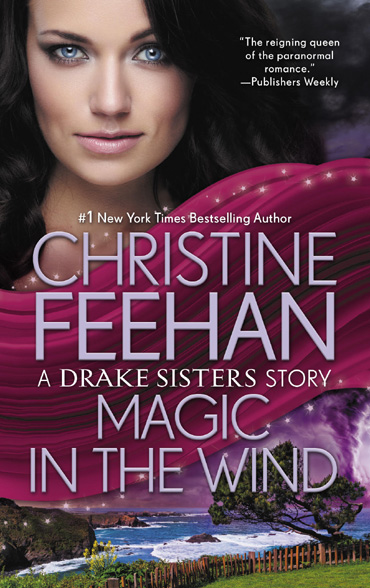 MAGIC IN THE WIND
A DRAKE SISTERS NOVELLA

"Sarah's coming home." Ever since Damon Wilder sought refuge in Sea Haven, he's heard the same breathless rumor pass the lips of nearly every local in the sleepy coastal town. Even the wind seems to whisper her name -- a reverie so powerfully suggestive that it carries the curious Damon to Sarah's clifftop home, and seeks to shelter him there.

But Damon has not arrived alone. Two men have tracked him to Sea Haven, and into the shadows of Drake House, where Sarah hides her own secrets. And danger -- as well as a desire more urgent than either has ever known -- is just a whisper away...


Magic in the Wind has been released in several books over the years — alone, or combined with other stories: 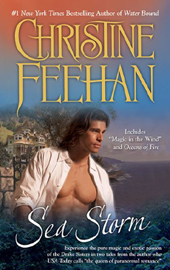 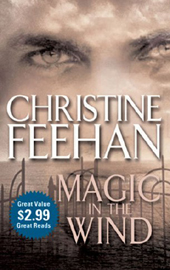 
This version of Magic in the Wind has been rewritten and expanded, in a very special collector's edition.

SPECIAL OFFER: Enjoy Magic in the Wind with this beautiful new cover: 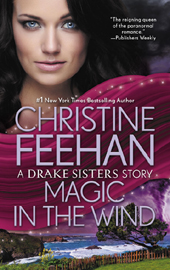 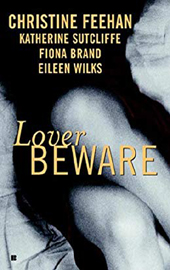 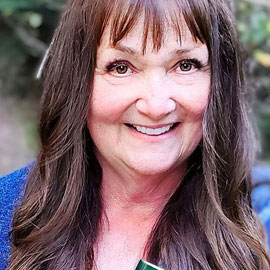 I have to admit this was a book of the heart. Seven sisters interacting, all magical and capable of extraordinary things. A town filled with wonderful people seen, first through the eyes of a stranger who can't accept them, and then seen through the eyes of one who loves them for all their differences. This is book of magic, of love and tolerance. . . well, with a bit of suspense and action thrown because that's the way my mind works!!!!

Magic in the Wind was originally released in an anthology called Lover Beware. The newer books include a new bonus chapter.

— Christine Feehan
Christine regularly writes about her books (and all kinds of subjects) in the following places: